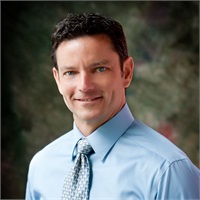 Rob began his career as an independent insurance agent in 1982 and expanded into the securities industry in 1985. He became an advisor for another broker dealer/investment advisory firm  in 1997, a branch manager/OSJ in 1998 and a co-owner in 2013. With Vikkie, Rob transitioned to Securities America in 2016 as a super branch under a new name, Evolution Financial Advisors (EFA). In his role as vice president, Rob helps EFA advisors with business planning and practice management. He currently holds Series 7, 24, 63, 65 and 99 securities licenses, as well as property, casualty and life insurance licenses. Rob is also the president of Anderson-VanHorne Associates Inc., an independent insurance agency.

Rob resides in Victor, New York, and is the proud father of three children, Matt, Jake and Morgan. He is also involved in many community fundraising efforts and has served on the boards of the Rochester Chapter of the Juvenile Diabetes Research Foundation and the Finger Lakes Community College Foundation and  is a past president of the Five County Independent Insurance Agents Association.

Rob spends his spare time working out, hiking, trail running, skiing and playing golf. Rob is a fan of all sports – especially football and baseball. He is a lifetime Yankees fan, which inspired the name of his Shih Tzu-Poodle, Jeter.